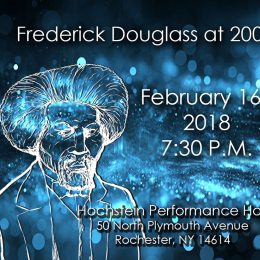 This work is a conversation between a mix of textual and musical resources from the three points of the Atlantic Slave Triangle: Europe, West Africa and the Americas.  The core of this oratorio is driven by a poem embedded in the walls of the Elmina Slave Castle, Cape Coast, Ghana.  This poem, offered by the traditional chiefs of Ghana, invites visitors of this historical landmark into a global reflection on slavery.

of the anguish of our ancestors,

May those who died rest in peace.

May those who return find their roots.

May humanity never again perpetrate such injustice against humanity.

We the living vow to uphold this.”

I am also working with texts from the British abolitionist William Wilberforce, African American abolitionists including Frederick Douglass and Francis Harper, and West African slave narratives from Oladauh Equiano and Ottubah Coguano.  These texts will be framed by texts from the Latin Liturgy.  For example, during the “anguish of our ancestors,” we will hear accounts of Africans being sold off into slavery overlaid with a reference to Psalm 113, “In exitu Israel de Aegypto…” This draws a direct connection between Atlantic Slavery and the Hebrew flight from Egyptian slavery that inspired abolition.

From a musical standpoint, the work will engage Ewe drumming traditions. Though the final rhythms are not yet set for the piece, see the attached audio files for examples of rhythms I am working with.  Beyond these examples, I am working with Kpanlogo, Kpacha, and Oge as source materials for various parts of the piece.

I will also be using several melodies from handwritten manuscripts from tradition 18th-19th c. musicians in our area.  These European dance tunes have been rediscovered by local scholars and are still alive in some regional folk traditions.

This piece offers an opportunity to explore something an inner city high school student once shared with me. Oscia said, “maybe if tell the story well, the audience will realize that slavery is not only African American History, it is everyone’s history.”